The Monthly Economic Dashboard from Nationwide Economics features timely data and commentary on employment, financial markets, consumer activity, business performance and inflation, along with dials and charts that provide the you with a scannable at-a-glance view.

The economy grew at a rapid 6.5 percent annualized rate during the second quarter, a pace which would have been stronger without ongoing labor and other supply shortages. Job growth was strong again during July as service companies and school districts added workers in anticipation of more normal operations while the unemployment rate fell sharply. The business sector expanded solidly in July, with a record reading for services, but delayed and more expensive inputs are limiting manufacturing production.

Retail sales growth has slowed sharply in recent months, primarily due to a large decline in auto purchases with vehicle production disrupted by microchip shortages. But July retail sales ex-autos were down, too, and consumer sentiment plummeted in early August — suggesting that the Delta variant may be having some negative impacts on consumer behavior. Inflation was faster than average again for July as energy and food prices rose, but there were some signs that COVID-induced price impacts are fading. 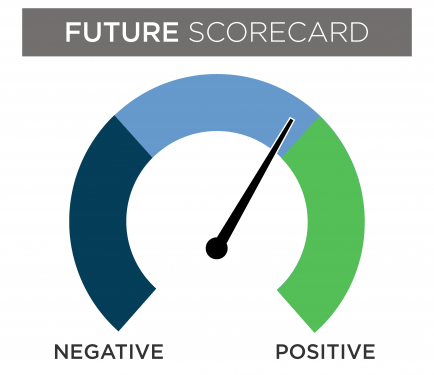 Near-term risks have increased as the Delta variant could slow some in-person areas of consumer and business activity (i.e., restaurants and travel) in the second half of 2021. Still, this should be only a modest headwind for growth with few governmental restraints on activity.

To the extent that the Delta variant and ongoing supply chain disruptions slow growth in the second half of this year, economic activity should be stronger in 2022 — with another year of above-trend growth. Beyond that, as the economy moves closer to full employment (along with likely higher tax rates, increased regulation, and eventually tighter monetary policy), growth should move back toward the pre-COVID trend, although these impacts could be partially offset by additional federal government spending.

Against this backdrop, the Fed is expected to keep monetary policy highly expansionary — likely not starting the next tightening cycle until 2023, although starting to taper its QE programs later this year or early next year. Even then, interest rate hikes are expected to be slow and protracted in order to be minimally disruptive for the economy, helping to keep interest rates lower for longer (despite moving higher).

Timely data and commentary on employment, financial markets, consumer activity, business performance and inflation, along with dials and charts that provide the you with a scannable at-a-glance view.