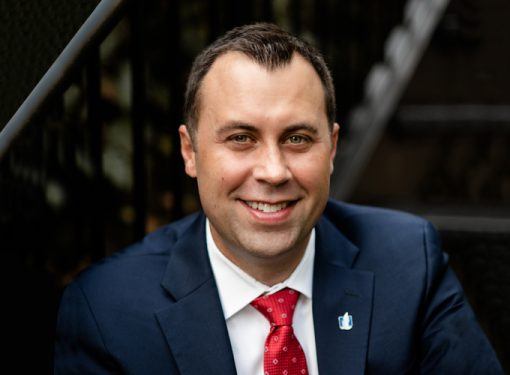 Dennis Ehrmin has served in a wide variety of marketing leadership roles at Nationwide. As the AVP, Agency Marketing he is responsible for distribution marketing strategy and execution for personal lines and commercial lines insurance. His team’s responsibilities include thought leadership programs and development of a suite of marketing benefits that help agents grow their businesses.

He has previously led marketing teams in Enterprise Brand and Nationwide Financial, where he helped launch the Nationwide Retirement Institute and advertising programs that significantly increased awareness and consideration with financial advisors. Mr. Ehrmin’s innovative work has won industry awards including the Appy, Halo, EventTech, and ANA’s B2 Award. He was also recognized as a Top 20 Under 40 by the Newark Advocate.

Prior to Nationwide, Mr. Ehrmin worked as an advertising agency account manager with B2C and B2B clients including White Castle, Big Lots, and Ultimate Software. He holds an MBA from The Ohio State University and Bachelor of Science from Wright State University.

Mr. Ehrmin is passionate about educational programs and causes that increase youth participation in physical activities. He has served as the Central Ohio United Way campaign marketing chairman at Nationwide. He was also a member of committees for Granville Schools levy and new athletic complex fundraising. He also served on the committee for the new Wildwood Park in Granville. Mr. Ehrmin is a multi-gallon blood donor for the American Red Cross. He lives in Granville, Ohio with his wife and children.